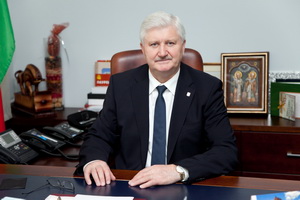 Rector of Belarusian State University of Informatics and Radioelectronics

Honourary Figure in Education of the Republic of Belarus

Mikhail Batura was born on 16 May 1950 in Klyukovichi village, Navahrudak district, Grodno region. Having finished a secondary school in the neighboring village Kurovichi with flying colours in 1966, he started working as a builder in the collective farm ‘The October Revolution 40th Anniversary’.

From 1968 till 1970 he was a recruit of the Soviet Armed Forces. Mikhail Batura was awarded a Military Service Jubilee Medal ‘For Military Valour’ on behalf of the Supreme Council of the USSR in April 1970.

In August 1970, he entered Minsk Radio Engineering Institute (MREI). Мikhail Batura was an outstanding student during the whole period of study and from 1973 to 1975 he received a Lenin’s Scholarship, which was of the highest value at those times. Also, he actively participated in social life: e.g., from 1972 to 1975 he was a secretary of the Committee of Young Communist League (Komsomol) of MREI Faculty of Automatics and Calculating Machines and member of Minsk Young Communist League. Nine times he travelled to the Autonomous Soviet Socialist Republic of Komi and Western Siberia as a soldier, construction foreman, unit leader, chief engineer and interservice team leader of a student construction team. 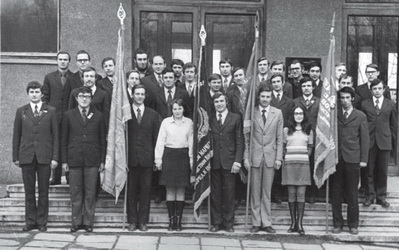 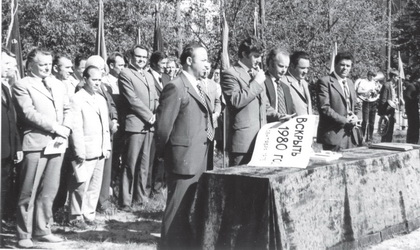 After graduation with honours in 1975, Mikhail Batura worked as an assistant of the Automated Control Systems Department, Faculty of Automatics and Calculating Machines, MREI. In December 1978, he was enrolled in a PhD course. After graduation in 1972, he worked as an assistant of the Calculating Programming Methods Department.

In 1984, he defended a PhD thesis and in 1985 he was awarded an academic title of Associate Professor. Since January 1986, Mikhail Batura worked as the Deputy Dean of the Faculty of Automated Control. From December 1987 to February 1995, he was promoted to the Dean’s position. From February 1995 to September 1998 he continued his work as the Dean of the Faculty of Information Technologies and Control. In 1993, he became a professor of the Calculating Programming Methods Department. From 1996 to 1998, he worked as the Responsible Secretary of the BSUIR Admission Office. 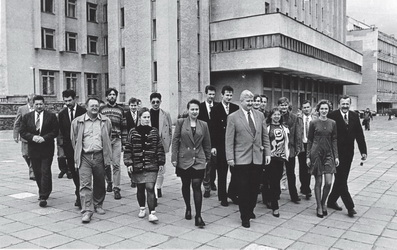 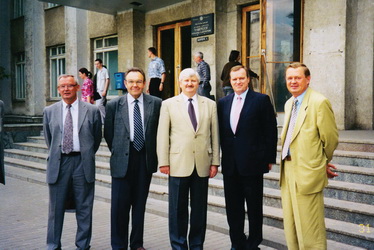 In September 1998, Mikhail Batura was promoted to the Vice-Rector for Education; and from June 1999 to the First-Vice Rector. Finally, on 02 October 2000 he was elected and appointed as BSUIR Rector.

Mikhail Batura is a famous scientist in the field of the system analysis, management and information processing in technical and organisational systems. In 2003, he defended his postdoctoral dissertation. He developed basics of statistical dynamics of difficult nonlinear systems theory, as well as methods and techniques of computer-aided design of discrete nonlinear systems with phase control. He is the author of more than 150 scientific works, including 4 monographs, a textbook, 4 manuals, and a big range of patents on inventions. He trained two Doctors of Science, is the chairman of the Special Council for Master and PhD Dissertation Defense, and the Scientific Supervisor (consultant) for postdocs, PhD students and PhD Candidates.

Under to the Decree of the President of the Republic of Belarus, Mikhail Batura became a Supervisory Board member of the High Tech Park in 2005. 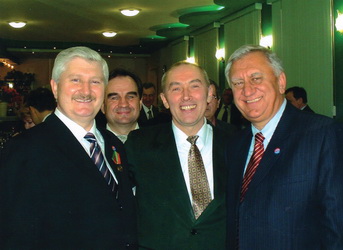 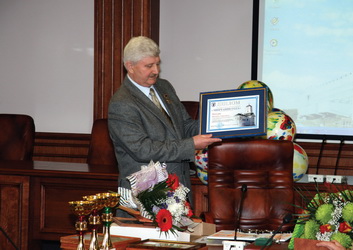 On 20 March 2014, he was awarded the Honourary Diploma of the Council of Ministers of the Republic of Belarus for long-term fruitful scientific and education activity, development of innovative and foreign economic activity.